JAN Trust CEO Sajda Mughal spoke to the Evening Standard for the I’m a Londoner series, about surviving 7/7 and how the experience led her to the work she does today – tackling extremism through families, women and mothers. The I’m a Londoner series is a weekly series from the Evening Standard following important London figures. Click here or read below for the article and video.

I’m a Londoner: I survived the 7/7 terror attacks and now I help marginalised women fight extremism

In the third episode of our I’m a Londoner series,​ we spoke to Sajda Mughal OBE, a 7/7 survivor who decided to use her devastating experience to help others.

On that fateful Thursday, the United Kingdom was left shaken after terrorists coordinated a series of suicide bomb attacks targeting London’s transport system. Three bombs were detonated on London Underground trains and a fourth on a double-decker bus during the capital’s busiest time as countless commuters attempted to get to work.

Mughal was one of the many Londoners impacted forever by that day. One minute she was late for work and panicking about her boss’s reaction, the next she was suddenly trapped on a derailed Tube train that was flooded with suffocating smoke. Passengers around her were injured and terrified, they had no idea what had happened or whether they were in more danger. Mughal admits that she began “preparing for death”.

A total of 52 people lost their lives in the attacks with hundreds of others left with serious injuries. But rather than let grief and fear swallow her whole, Mughal decided to do something. Joining the JAN Trust, she worked alongside the charity to reach out to marginalised women from BAME and Muslim communities to offer them support in “countering extremism and terrorism”.

Here, Mughal tells us how the shock and horror of 7/7 pushed her to help others.

I’m a Londoner and I survived the July 7 London bombings. It was a normal day for me – I was on my way to work, rushing out, not having breakfast. The Tube made its journey and I was just thinking, “ugh, hurry up, I’m late, I’m late”. It got to King’s Cross and it was 10 seconds into the tunnel towards Russell Square when there was a massive bang. It was the loudest bang, or noise, I’ve ever heard. It was deafening, literally. Ears popped. The train shook and came to a standstill. Lights went out. Smoke started to fill up the carriages through the ventilation system and the smoke was thick and black.

My thought process just went to: You’re gonna die. We are going to die in this today. I started to hear screams and people crying. I saw people injured. My thought was that, it’s rush hour morning and this packed Tube has derailed. The next train is going to leave King’s Cross a minute later – it doesn’t know we’ve derailed – and it’s going to hit us and there’s going to be a massive fire; an explosion. I genuinely thought, July 7, 2005 would be the day that I die.

I remember just keeping still. My thought process was then thinking about family and loved ones, and not saying bye. I’ve not got married and not travelled, not had kids, not seen the world. Literally preparing myself for death because I thought, we’re going to die.

“It’s police, we’re coming to get you.” I remember, to this day now actually, after about 45 to 50 minutes this one distant voice coming through the carriages. It was at that point that I thought, there’s probably a way out of this today. The police started to come through the carriages with the emergency services, getting us out and taking us back to King’s Cross, coming out to air.

“Oh my God. A bomb.” I remember when I found out what actually happened that day. I was watching BBC News and it started to say that it had been a bomb. The news went on to say that it was carried out by four Muslim men and that I found completely incomprehensible: Number one, a bomb. Number two, carried out by four men within my own community. That really knocked me back for six. Finding that out really, really affected me even more.

The best way forward is through families, through women, through mothers. What happened that day should never have happened and I wanted to do something about it. That’s when I came on board to the women’s charity, JAN Trust. Their aim is to work with women, to empower them, to educate them and to encourage them so that they can make a difference to their own lives as well as to their families and society.

We need to protect our kids, we need to protect society from extremism. I’ve listened and heard from hundreds and hundreds of mums who’ve said, “I didn’t know this was an issue but you’ve given us that wakeup call”. 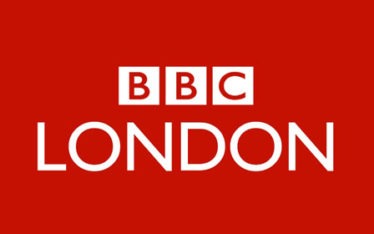 Sajda Mughal OBE on BBC News speaking about Streatham terrorist attack
After the Streatham attack JAN Trust CEO and 7/7 survivor Sajda Mughal spoke to BBC News about the need for change in our approach to Counter Terrorism, to prevent future...
9 Likes 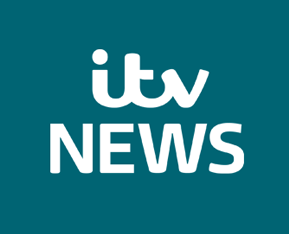 Sajda Mughal – Streatham attack – the need for a shakeup of the counter terrorism strategy
After the 7/7 London bombings Sajda Mughal OBE gave up her plans for a career in The City to help tackle extremism and advise the government. She told Ria Chatter...
1 Likes

Nazir Afzal on Streatham terror attack: Funding cuts to organisations like JAN Trust leads to terrorism risk
‘The view of most with inside knowledge of the prison system is that funding cuts have reduced the ability to manage this risk. Outside prison, organisations committed to preventing...
7 Likes